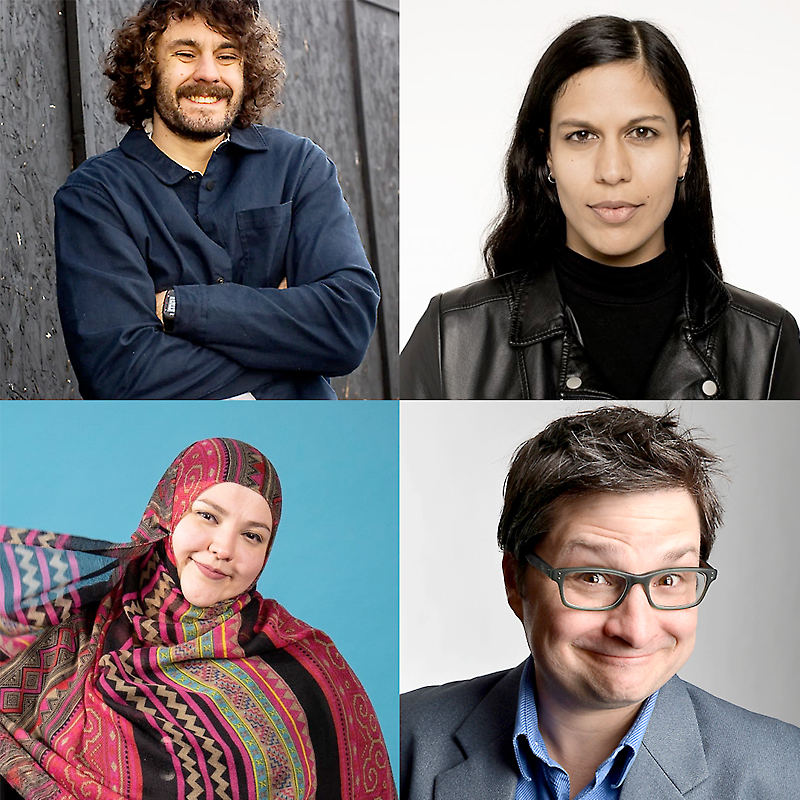 The Jesterlarf Comedy Club is back with its monthly instalment of top quality stand-up comedy presenting the very best circuit acts and finest emerging talent.

Limited cabaret tables that seat 6/8 people are available and can be reserved when booking tickets.

Having already racked up wins in numerous comedy competitions over the last few years and hotly tipped as a comedy talent with his unique silly and simply hilarious gags and stories Josh was nominated this August for the main Edinburgh Comedy Award prize, he also supported Joe Lycett on his recent UK tour…come and see what all the fuss is about but trust us he’s good.

Underneath Fatiha’s colourful hijab is a mind full of cutting observations and engaging witticisms on the life and times of a British Muslim woman. Fatiha smashes the Muslim stereotypes and challenges people to think about what they think they know about Islam, Muslims, and Muslim women especially.

As seen on The Jonathan Ross Show, The Russell Howard Hour, Comedians V Food, Stand Up Sketch Show, Jonathan Ross’ Comedy Club and Comedy Central at the Edinburgh Fringe, Fatiha is quickly making a name for herself tackling tough subjects like Islamophobia and dating by sharing her own experiences in her own funny and thought-provoking way.

She is definitely one to watch!

Talented stand-up comedian and writer who won the LGBTQ New Comedian of the Year 2019 to go alongside her So You Think You’re Funny & Funny Women Awards runner up accoldaes.

Charlie has performed stand-up on BBC Asian Network Live and the BBC’s No Country for Young Women Podcast. A talented and accomplished writer Charlie was chosen to feature in Charlie Brooker’s writers room for Cunk & Other Humans, AntiViral Wipe 2020 and Death to 2020 for Netflix.

‘Witty comic with a playful, naughty streak and an ear for a strong gag.’ Chortle

Erich is a stand-up comedian and writer. Originally from Seattle, he moved to the UK in 2000 and in 2007 collected his British passport. Erich has done six full solo-shows at the Edinburgh Fringe in addition to playing UK venues up and down the country. He has also appeared on BBC Scotland’s Breaking the News, panel show Ministry of Offence, BBC Breakfast, Newsnight, Sky News and Five News.

Management Disclaimer: Please note- that while we make every effort to keep the line-up’s on this website up to date, shows can change without notice due to unforeseen circumstances and commitments of artists. 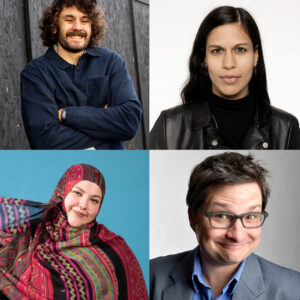