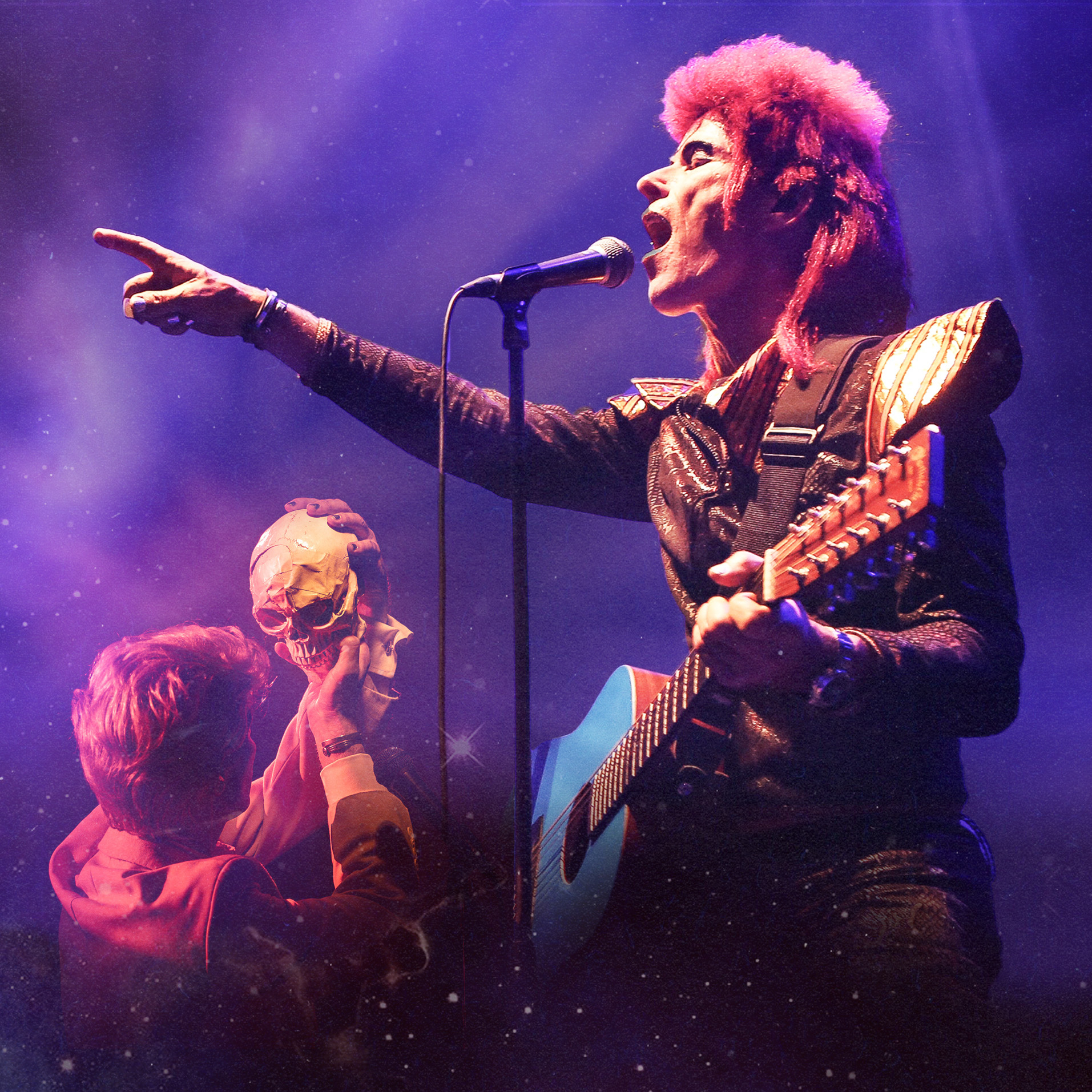 Now in their 16th year of touring and winners of the UKs ‘Best Tribute Band’ and ‘Best Bowie’ act, Absolute Bowie make their debut appearance at Saffron Walden Town Hall and they might just blow your mind…

With an electrifying performance from our main Starman, and theatrical mid-set costume ch-ch-changes, Absolute Bowie will take you on a musical journey through the greatest hits of David Bowie with their huge stage show.

“A lovingly crafted Bowie show” says NME, and “an unmissable tribute act” hails the Mail on Sunday, the band will leave you wanting more from the most genuine David Bowie tribute out there.

David Bowie’s evolving image has mesmerized fans since the early 70’s and for the first time ever Absolute Bowie will take audiences on a trip that presents all his best-loved personas in all their glory.

Performed by a world-class five-piece band, this unique concert and stage show features two 60-minute sets and more costume changes than any other show. A true extravaganza of the wonder that is Bowie’s work. The band have listened to fans and evolved the show’s set list to really give an all-killer performance

and no Bowie fan is left out. All of the Starman’s greatest hits are performed plus the band perform tracks from the albums David Bowie, Ziggy Stardust & The Spiders From Mars, Heroes, Aladdin Sane, Hunky Dory, Let’s Dance and Young Americans through to the hits of later albums.

Featuring the incredible vocals of John O’Neill as David Bowie, with our very own Ronno, Andy Marr on guitar, Fabio Cashio on bass, Alex Paollilo on keyboards, Alessandro Ricardi on drums and Fiona Asbury on saxophone. The band performs with incredible musicianship and attention to detail.

Prepare to be taken from A to Z (Absolute Beginners to Ziggy) with Stations to Station in between. So don’t miss out – don your glittery dancing boots, paint a flash on your face and buy your tickets now because the planet Earth is blue and there’s nothing else left to do…

This is an all seated show but we know some people will want to have a little dance so we’ll space at the front and the aisles for some top-tapping and wiggles!